3. Gold All Over the Ground

He looked up to me and said, “Does that thing record?” “Yes, it does,” I replied.

In the year 1967, my father was very much in love with my mother. It was that year that his divorce with his first wife, Vivian, was finalized. Although he was at an extremely dark period in his life, his love for my mother was flourishing. He hit a hard rock bottom that year, his drug addiction nearly killing him.

He suffered with addiction throughout his entire life, but in that year, he got back up, ready to stand tall. And when he did, my mother was there to stand beside him. The words for the poem, Gold All Over the Ground dated 1967, perhaps may have been put to melody but it was never recorded, as far as we can tell.

When he wrote those words, I believe he would not have felt it time to perform a song about his love for my mother. Their love was not public. I reached out to Brad Paisley. I asked “Would you be interested in possibly looking at some of my father’s words to put to music?”

Brad was immediately excited and eager to do so. I sat down with Brad and I handed him a piece of paper with the words to “Gold” on it. Brad reached over and picked up his guitar. I had my cellphone in my hand. He looked up to me and said, “Does that thing record?” “Yes, it does,” I replied.

He said, “hit record”, and the song and melody that came spontaneously out is word and melody what the final recorded version of Gold All Over the Ground became. So, Brad had a spontaneous moment of connection, honestly with my father. The lyrics were strong and beautiful, and they commanded Brad’s creative process immediately. 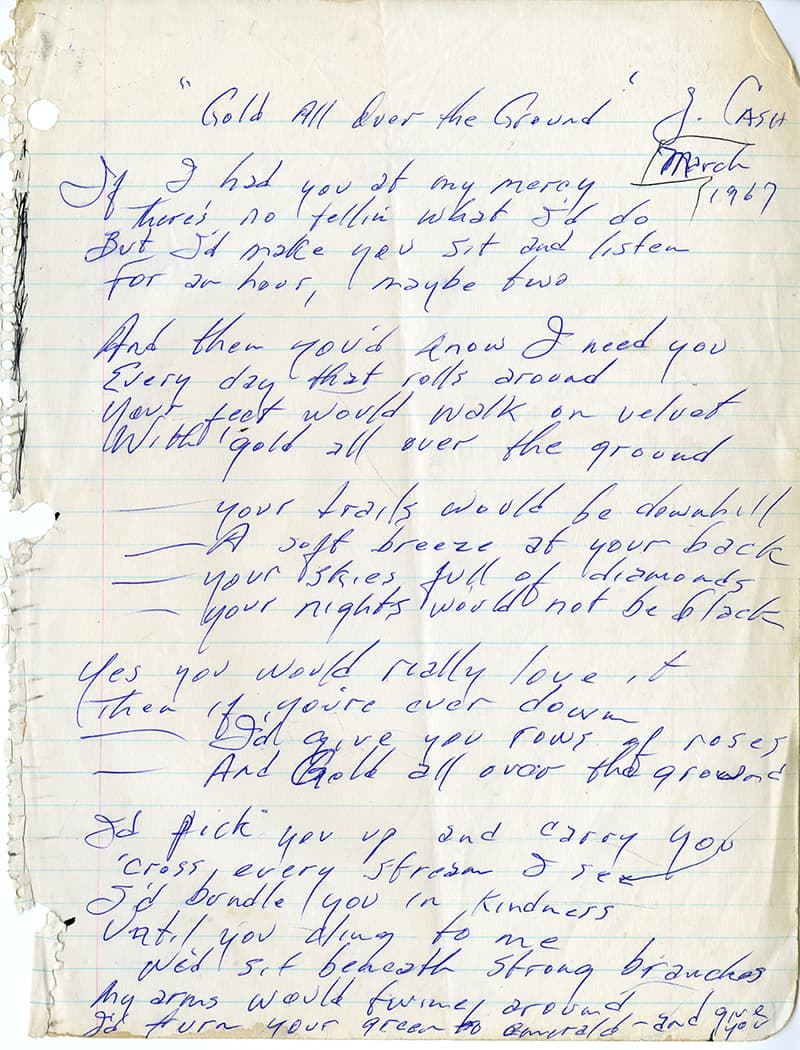